Stop the EDL - Watch this space for further updates....

We, the undersigned, condemn the decision by the English Defence League (EDL) to come to Birmingham on Saturday 8 April 2017. We believe it is a cynical attempt by the EDL to use the appalling events in Westminster on 22 March to whip up racism and division in our city by trying to turn communities against each other without a care for the damage it leaves in its wake.

We believe that the implementation of policies designed to prevent all forms of discrimination and racism has a crucial role to play in achieving justice and fairness in our society.

The EDL is a racist and fascist group dedicated to attacking Asian people and Muslims. Many former members of the fascist BNP, the Nazi National Front and other fascist organisations are active in the EDL and its splinter groups. These fascists and racists should be condemned and opposed. We must not give a quarter to those who would judge an entire religion, race or nationality by the actions of a few. Islamophobia – bigotry against Muslims – is as unacceptable as any other form of racism. Today they threaten Muslims, tomorrow it could be Jewish people, Hindus, Sikhs, black people, LGBT people, Travellers or Eastern Europeans.

We urge people of goodwill to support the 'EDL not welcome in Birmingham' statement and join the 'We Are Birmingham - Don't let the racists divide us' unity demonstration on Saturday 8 April. 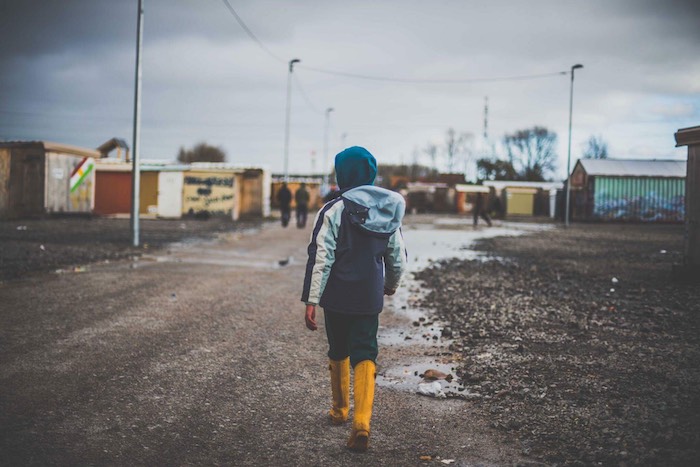 Last week we released our latest report on the state of the refugee crisis in Northern France, with some very disturbing findings. Most concerning is that refugees, mostly minors, continue to arrive daily to the Calais area and the situation is becoming more critical every day. We still need your help more than ever. With the devastating news that the transfer of minors to the UK has halted, and the broken promise that those who willingly went to French welcome centres would not be deported under the 'Dublin’ system, distraught refugees have nowhere left to turn but the cold streets of Paris or the lost hope of Calais. They are therefore returning to conditions that are now worse than the Jungle ever was, as sleeping rough means night after night in sub-zero temperatures with no running water, sanitation, cooking or washing facilities.What does our report show?

Just one element of our work includes taking food and aid daily to around 70 people sleeping rough in the Calais area. Many of these are children who have run away from the French centres after learning that they won’t be taken in by the UK. Given that these refugees are in hiding, it’s reasonable to assume that there are many that we have not yet found. Here in Calais night time temperatures are dropping to minus four and we are extremely concerned for their welfare. Just last week the French police came along and blocked up the place where they were sheltering so that they could not access their belongings or sleeping bags and blankets. With the situation deteriorating every day, we desperately need both new and old volunteers to join our team. Could this be you? Whether you can offer a day, a week or come as a long-term helper there are many key jobs that urgently need support…

If this sounds like you then please email This email address is being protected from spambots. You need JavaScript enabled to view it. to register your interest today. We’d love to hear from you and really look forward to welcoming you to our team.Thank you for your continued support,ClareClare Moseley. Founder, Care4Calais

Please see below for your attention. The statement has been prepared by concerned Coventry residents and we are inviting local people to add you names/organisations in support. Please forward this to your friends, family and networks.

If you wish to support the statement please send a name, any organisation details and an email address to This email address is being protected from spambots. You need JavaScript enabled to view it. or send a text message with the same details to 07825 173906

'As local residents, trade unionists and others, we are disgusted that once again a local hotel, bar or club (as yet not identified) in Coventry or Warwickshire has been targeted as a potential host for Nazi bands to run a ‘gig’ under the guise of a ‘birthday party’.

Previous ‘Unstoppable Hate’ events, organised by the same individual, have attracted notorious ‘white power’ bands from across western Europe and have resulted in open Nazis visiting Coventry to advocate racist violence and spread their messages of violence, hate and division. Despicably this latest gig is being planned for the day after Holocaust Memorial Day (January 27th), which commemorates the mass murder of six million Jewish and other men, women and children in ghettos, mass-shootings, concentration camps and extermination camps. We contend that the Unstoppable Hate gigs are part of an attempt to restore the movement that led to the Holocaust across Europe today.

Consequently, we urge both Coventry & Warwickshire Councils to urgently discuss this issue and to use all their powers to oppose this gig taking place in our area. This is an affront to decency and a direct threat to those targeted by these thugs. We cannot simply ignore this threat and allow these people to have a local platform to organise and intimidate.

We urge all local venues (Coventry and Warwickshire) to check their bookings for the 28th and to immediately cancel any they realise have been booked for this event (under the guise of a ‘birthday party’).

If venues and the relevant authorities still allow this gig to proceed we will organise a direct peaceful protest to demonstrate that the views of ‘Unstoppable Hate’ do not represent those of the vast majority of local residents who celebrate and embrace our diversity and oppose the politics of hate'.

This email address is being protected from spambots. You need JavaScript enabled to view it.